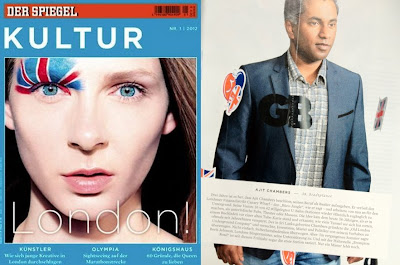 After our Early Day Motion in Parliament (2853) formed to assist us with the inclusion of European Press Coverage, the Spiegel includes us in their Olympic Special on London.
Posted by The Old London Underground Company at 10:50 0 comments

CITY AM - Reports on The Old London Underground Company 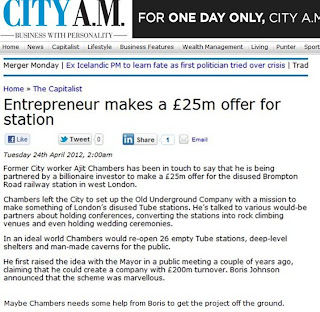 Posted by The Old London Underground Company at 03:46 0 comments

Ajit Presented at Imperial College London to members of Subterannea Brittanica this morning. 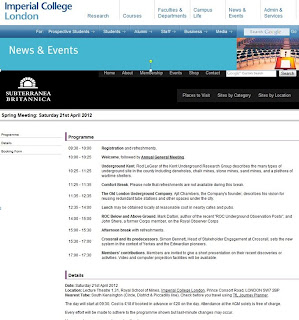 We presented this morning to a lovely crowd at Imperial College London. An experience as their members knowledge is extensive.

Posted by The Old London Underground Company at 07:38 0 comments 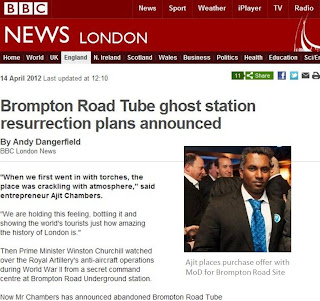 
The Lovely Shruti from 'London Loves Business' talks us through Brompton Road Disused Station and associated buildings, that we made an offer to purchase this morning. We have spent over two years planning this to give tourists a real adventure...
Posted by The Old London Underground Company at 05:24 1 comments 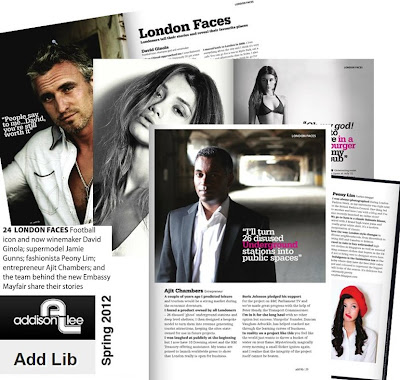 Addison Lee's Magazine 'Add Lib' is available in 3500 vehicles in their fleet across the UK and Europe. The Latest edition includes a section called 'London Faces' with short stories from Londoners that are adding value to our City.

They have been kind enough to include us in this edition. The article reads:

"A couple of years ago I predicted leisure and tourism would be a strong market during the economic downturn.

I found a product owned by all Londoners - 26 disused 'ghost' underground stations and deep level shelters; I then designed a bespoke model to turn them into revenue generating tourist attractions, keeping the site state-owned for use in future projects.

I was laughed at publicly at the beginning but I now have 10 Downing Street and the HM Treasury offering assistance. My teams are poised to launch worldwide press to show that London really is open for business.

Boris Johnson pledged his support for the project on BBC Parliament TV and we've made great progress with the help of Peter Hendy, the Transport Commissioner.

I'm in it for the long haul with no other option but success. Vinopolis' founder Duncan Vaughan-Arbuckle, has helped coach me through the learning curves of business.

In reality on a project like this you feel like the world just wants to throw a bucket of water on your flame. Mysteriously, magically every morning a small flicker Ignites again, and I realise that the integrity of the project itself cannot be beaten".
Posted by The Old London Underground Company at 13:44 0 comments